Joshi is Ecosia's content lead. He likes this planet.

100% of our profits from Tuesday’s searches will support our global wildfire relief. As a result, we’re able to plant 5,000 trees in California, and another 7,500 in the Byron Bay area in Australia. By supporting firefighters in Brazil, we can also save a further 321,400 trees from the flames in the Atlantic Forest. Your searches made all of this possible, in just one day!

What we’re doing in the US, Australia, and Brazil

In Australia,Tuesday’s searches will help our partner ReForest Now plant 7,500 native (and partially endangered) trees in the Byron Bay area, joining the 67,000 trees we’ve already planted there. Unlike other parts of Australia, rainforests in New South Wales struggle to regenerate naturally. The additional 7,500 trees will be planted in September and October, restoring some of the habitats that were lost during last year’s fires.

Besides having already planted 12.9 million trees in Brazil, we’ve saved another 6.7 million from human-caused fires. Thanks to Tuesday’s searches, our partner ITPA will be able to hire more firefighters, get additional safety equipment, and purchase a vehicle that can reach areas that were previously difficult to access. Our partner estimates that this will help them save an additional 321,400 trees in the Atlantic Forest, an irreplaceable biodiversity hotspot.

On Tuesday, the Ecosia community stepped up and showed what’s possible when we unite behind a common cause. Your actions give us hope for this planet’s future. Let’s keep up the momentum and reforest the world together! 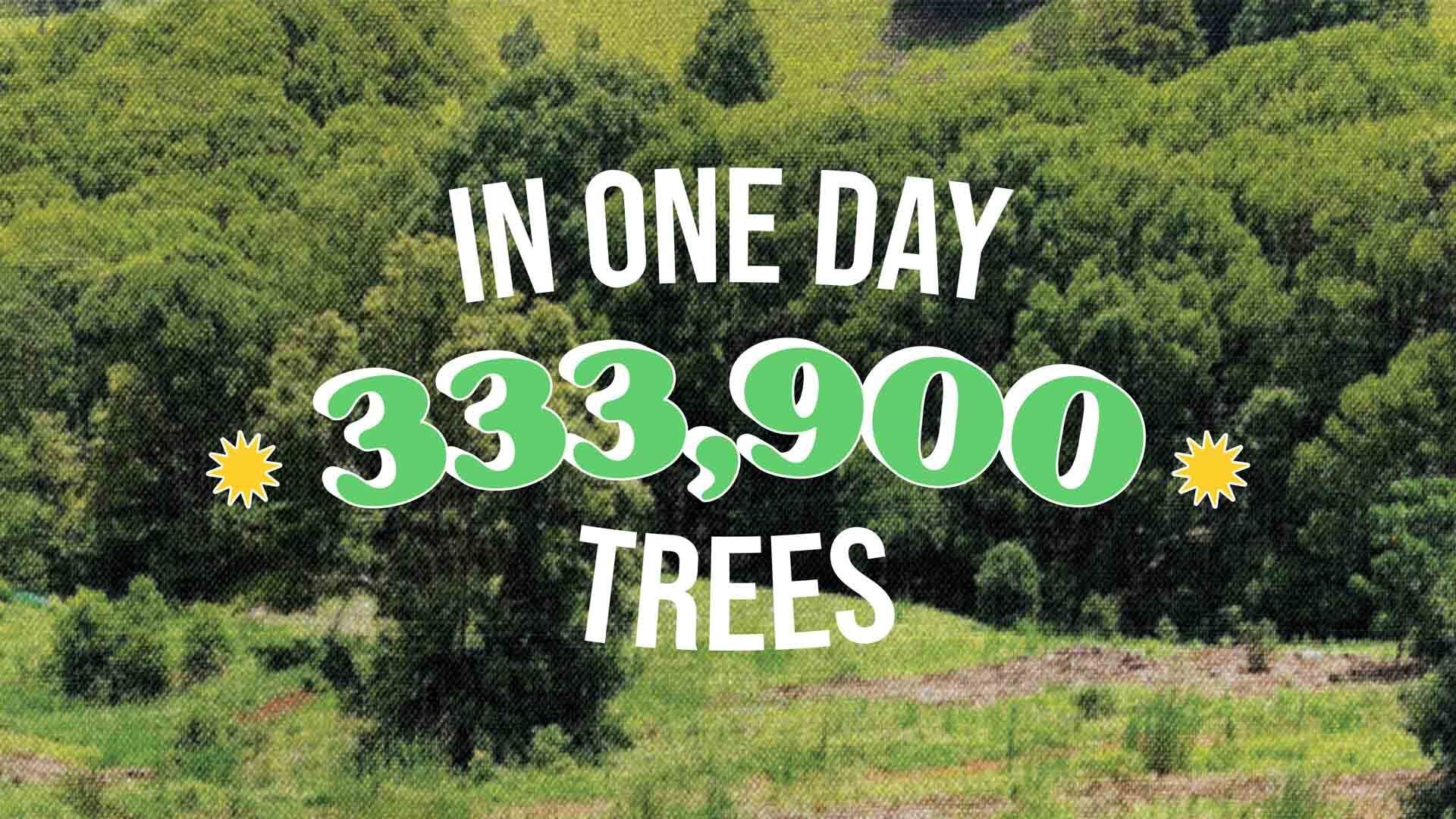