Joshi is Ecosia's content lead. He likes this planet.

On Tuesday, July 27, all Ecosia searches will go towards fighting wildfires and restoring burnt forests. We’ll use 100% of our profits to fund firefighters in Brazil and plant trees in the US and Australia. Together, we can restore what’s been lost to wildfires, build resilience against future fires, and support firefighters right now. Get Ecosia to join us on Tuesday!

Heatwaves, droughts, floods and wildfires have been devastating regions, ecosystems, and lives. The heat that hit the Pacific Northwest is unprecedented, the fires that are raging in California are breaking last year’s records. In Brazil, human-caused fires and rampant deforestation have turned the Amazon forest into a net emitter.

This isn’t right. Without the climate crisis, these disasters would not be happening. They are the outcome of an economy addicted to fossil fuels, half a century of unsustainable agriculture, and way too many empty words.

It’s high time for action. But tackling a problem this global, this urgent, can feel too big for one person. The good news is that we’re not one person. We’re millions, and together we can make a real difference. Here’s how.

On July 27, we’ll dedicate all of our profits to wildfire action around the world. Your searches will help us kickstart a new project in California, scale our restoration efforts in Australia, and fund local firefighters in Brazil.

In northern California, we’re working with the American Forest Foundation to help local landowners replant burnt areas with native species, such as Ponderosa Pine and Douglas-fir. In addition to planting trees, the American Forest Foundation thins existing forests to prevent future fires from spreading. Every fire needs a spark (lightning, arson, etc.) and fuel (wood or dry grass). That’s why Indigenous peoples used to manage wildfires by removing some of this fuel through intentional, controlled fires. Similarly, thinning a forest by removing excess vegetation reduces the likelihood of flames moving from one tree to the next.

In Australia, meanwhile, we’ll expand our restoration efforts in the Byron Bay Area. Unlike other parts of Australia, this rainforest is not supposed to burn, ever, and struggles to regenerate by itself. Your searches will help our local partner, ReForest Now, plant over 100 different native species to undo some of the destruction of last year’s fires and build resilience against future bushfires in the area. The trees will attract rainfall, cool temperatures, clean the air, and provide much needed habitat for wildlife.

Finally, in Brazil’s Atlantic Forest, we’re taking a more preventive approach. Your searches on Tuesday will go directly to firefighters who put out fires set by local landowners, usually to make space for cattle farming. If these fires aren’t put out, they often end up burning nearby forests. We’ve seen that firefighting and educating farmers is a highly effective way of protecting the Atlantic Forest. In fact, we’ve already invested over €400,000 into firefighting in Brazil, and saved an estimated 6,700,000 trees from the flames. That’s the kind of impact we can have when we act together!

“We would have enormous difficulty in doing our work without Ecosia’s support. We are certain that each year we are winning the battle against fires and that we will be able to regenerate many forests.”

What else we’ve done to fight fires in the US, Australia and Brazil

We’ve been planting and protecting trees in biodiversity hotspots, along bird migration routes, and in environmental crisis zones, including areas affected by wildfires. In the US, for instance, we’re been restoring forests in California and Oregon to undo some of the damage of the 2018 wildfires. We’ve also planted over 67,000 trees in Australia since last year’s fires, as well as a further 12.9 million in Brazil to restore and protect forests.

These projects, like all our projects, have a long-term vision. Your searches on Tuesday won’t just patch up individual burn scars. They’ll also make these areas less likely to burn in the future by spacing trees in varying densities, thinning vulnerable forests, and working with local communities.

Some things feel too big to fix, until we do so together

To help in this global emergency, we cannot act alone. If you haven’t installed Ecosia yet, please do so. And please tell your friends that 100% of searches on Tuesday will go towards fighting wildfires and restoring forests. Together, we can take on challenges that are too big for any one person. Together, we’ll make a real difference. 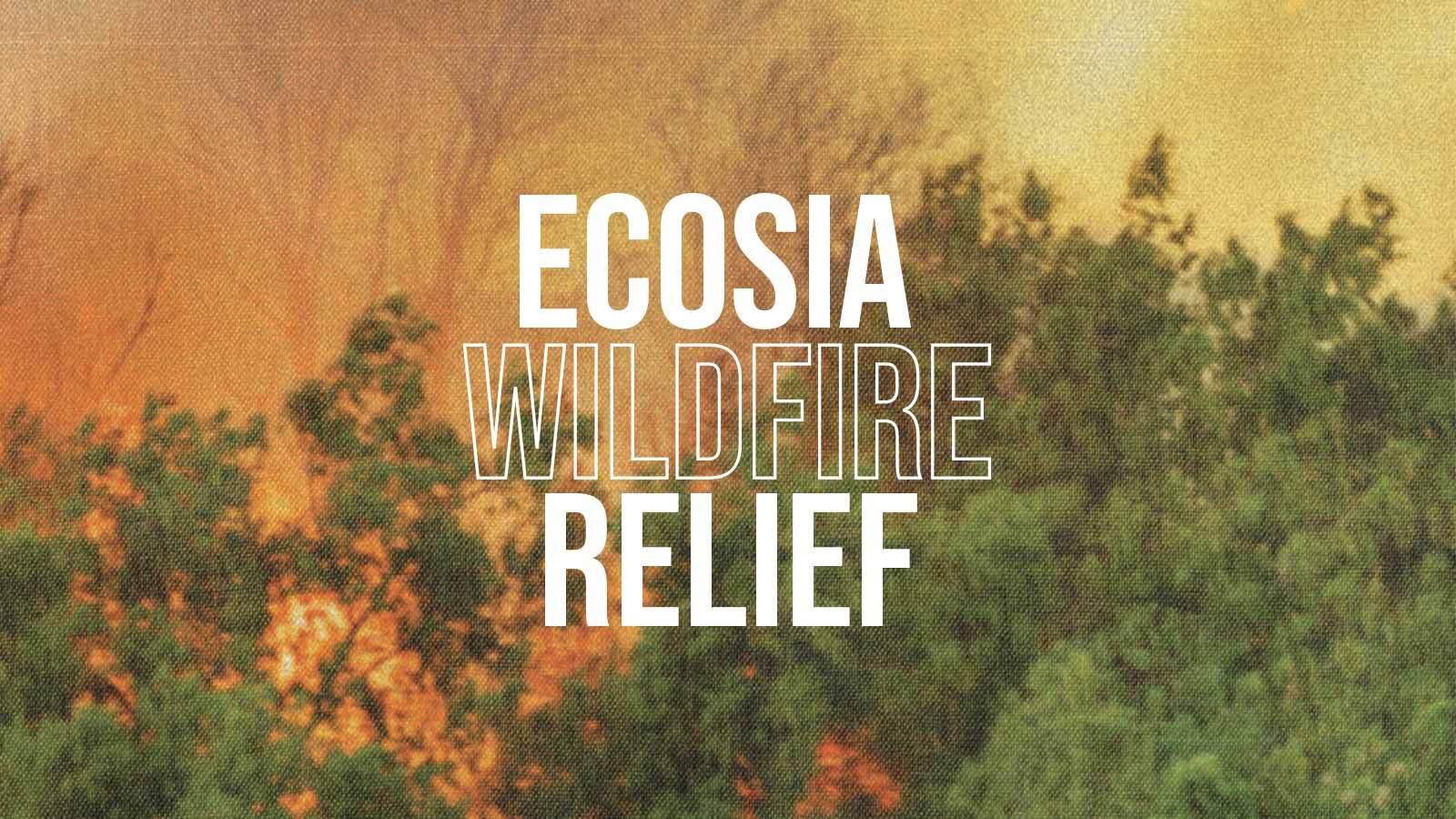