Samie Blasingame
is a researcher and community organiser passionate about environmental justice and global food systems.

Environmental activism appears to be thriving. With Fridays for Future getting international attention and the countdown to 2030 – the year we must collectively turn this sinking ship around – creeping nearer, an increasing number of people are deeply concerned about climate change. Despite these positive developments, the way we talk about climate change in Western societies remains dangerously limited. Last year, the German newspaper Taz reported on the striking lack of sociocultural diversity of climate protests. That the movement is so White begs the question of who it aims to reach and what it stands for. While some protestors are calling for “climate justice” and “system change”, there is still a lack of awareness of how exactly the climate crisis intersects with other social injustices, such as racism, sexism, and wealth inequality.

The mainstream climate conversation rightly points to exploitative capitalism as a driver of climate change but that is often where the analysis ends. The conversation is dominated by calls for saving the planet for future generations, even though the effects of climate change are already destroying lives and livelihoods all over the globe. Many of us have heard of the term “climate justice”, but it requires real effort and introspection to understand what it means, and then to act on it.

When the climate conversation is dominated by limited perspectives, we end up with a limited conversation about what we can actually do about it. A climate justice perspective incorporates historical injustices such as colonialism and persistent struggles such as racism and classism into its understanding of the environment. That those most affected by climate change are those least responsible for it is no coincidence. Intersections of race, gender and class must be more strongly centered and genuinely incorporated into the mainstream climate movement. Consciously broadening the conversation allows for more imaginative and impactful actions against climate change – actions that reject business as usual and white supremacy.

Underdeveloped countries are underdeveloped in large part because they have been stripped of the possibility to flourish in ways that colonialism allowed Western nations to. Although efforts to make supply chains more transparent are more popular than ever, colonialism continues. Big corporations outsource the production of items consumed in wealthier countries to places where labor conditions and pollution regulations are low. Indigenous people around the world are being continuously displaced to meet the growing demand of Western societies. Multinational companies with the economic power to bypass local regulations are known to illegally acquire land that is then transformed into destructive monocultures to produce goods for Western markets.

While a great deal of “development” policies aim to stop the flow of African refugees to the EU, the root cause of such migration is rarely discussed. People are leaving their communities and homes because climate change has already made some parts of the world uninhabitable. We have to acknowledge the fact that climate migration will continue unless accountability in global, externalized emissions and generations of economic oppression are addressed.

It has been twenty-three years since the Kyoto protocol, but wealthy countries have yet to repay their historic debts by financing climate protection and adaptation in countries that have least contributed to climate change but bear the brunt of its consequences. It is my hope that as we approach the fifth anniversary of the Paris Agreement, and as we emerge from the current global economic and health crisis, we will renew our commitment to global environmental and social sustainability.

The reality is that to genuinely combat the climate crisis, many aspects of our economy would need to change. Consumption patterns in wealthy, industrialized nations need to change. Rampant consumerism on the backs of cheap labor and deforestation must be regulated. What is needed is a systematic dismantling of white supremacist ideologies and an intergenerational understanding of colonialism as the root cause of the climate crisis. I always ask myself: are we really ready to give up the comfort and convenience that global capitalism affords us?

Decolonization is the process of unlearning social constructs that were by and large implemented because of a belief in white supremacy and reinforced through (neo)colonization. In relation to the climate crisis, it is not only about rejecting Western-capitalist oppression and never-ending growth, but about reversing a lack of appreciation for the power of community and the beauty of life on Earth.

Decolonization is returning to nature. It is reacquainting ourselves with what it means to be part of Earth’s ecosystem. Colonialism is predicated on stripping us of that connection and capitalist societies thrive on heightened individualism and on extracting resources from nature. Decolonizing the climate crisis is to reject all of that, to restore a respect for our natural environment and those around us. As Adrianne Maree Brown writes in Emergent Strategy, we are all invited to reach out to one another as the individually powerful parts that we are to make an ever more powerful whole.

Another step towards decolonization is to not just follow the words and advice of those from privileged societies, but to also follow the lead of environmental defenders on the frontlines; those who are fighting to protect their land and cultural heritage on a daily basis, without the spotlight of international media outlets. Rather than simply diversify the existing movement and those most prominent within it, our collective goal should be to rethink its entire structure and rebuild it with marginalized voices at the center.

One way forward is to consume more content from BIMPoC (Black, Indigenous, Multiracial, People of Color) environmental and climate justice writers, educators and influencers. And don’t just consume – actively support. Put your money where your self-development is. Buy the books from independent bookstores and send money to the individual educators that have given you something new to think about. One of my favorites is Leah Thomas and her movement for intersectional environmentalism.

As a sustainability advocate focused mainly on food systems and agriculture, I also believe in pushing the conversation around how we can and should feed ourselves in the future. Food systems do, after all, have one of the biggest impacts on climate change. People who care about climate change need to think about how food can be grown sustainably while farmers are paid fairly. How can we protect the health of laborers and reduce waste along the entire supply chain? Which agricultural measures will regenerate soil and produce biodiverse abundance on our farms? If we come to see ourselves as one part of the whole, then our actions and policies will reflect this new perspective. A collective push for fair and regenerative policies will effectively ensure that the millions of trees financed through our searches on Ecosia are not planted in vain, and will contribute to a more equitable and sustainable world in the long run. 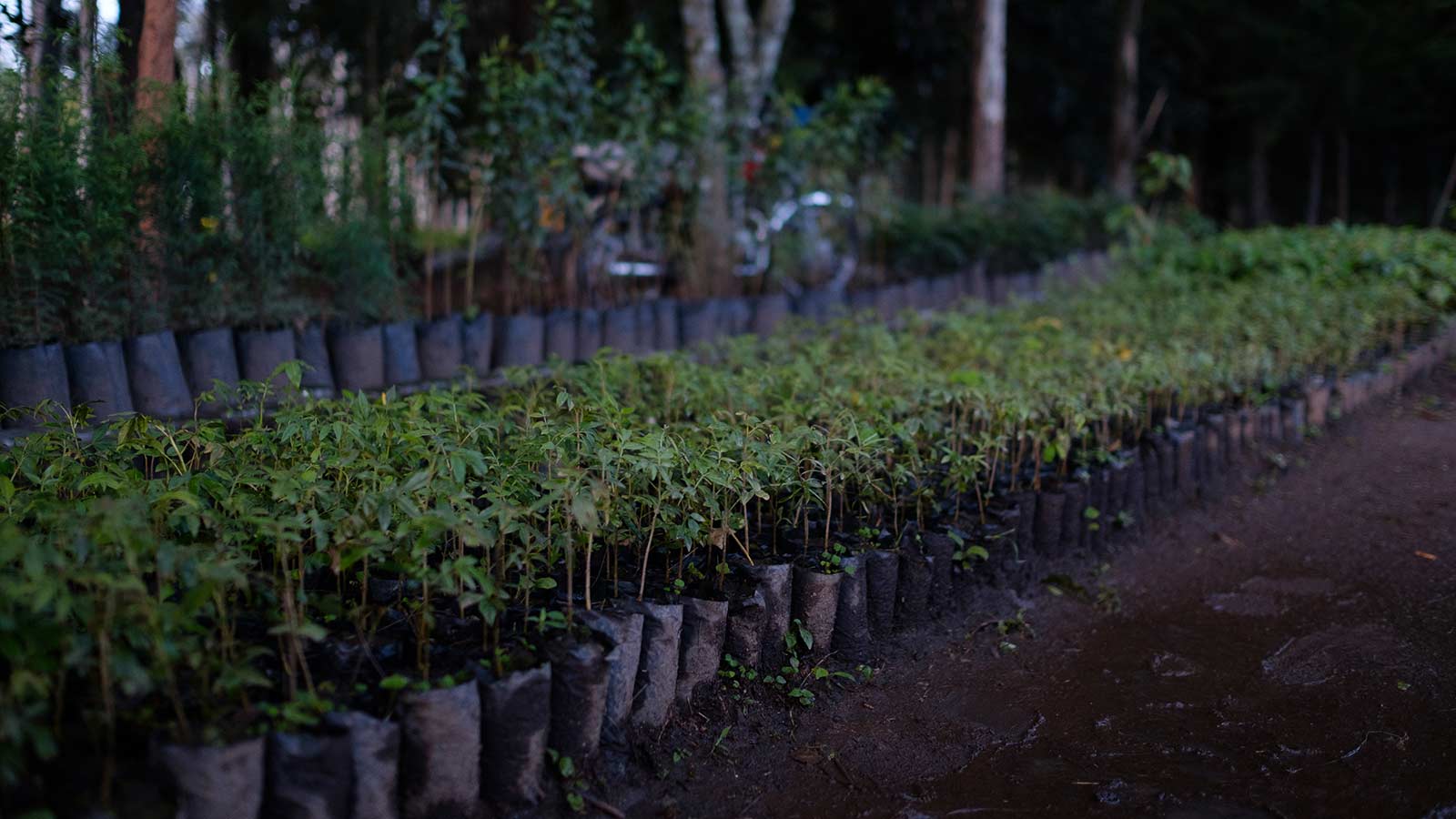